With the recent announcement of Epic Games’ $100million contribution to Fortnite tournaments, what does this mean for the esports world?

Haven’t heard the news yet (are you living under a rock?)! Fortnite, the number one most watched video game on Twitch, is now one of the biggest esports.

There’s a lot of hype around this huge announcement. We discussed it all on Episode 13 of Esports Central, so make sure you check it all out here. I wanted to touch on some of the details we spoke about as well as dive a little on some of those topics.

Max’s first question on the show “what does that mean and what’s going to happen to that money?” A good point to start off with. One of the things I mentioned in one of our esports groups is “with that kind of money, anything is possible”. You can pretty much do anything with that amount. Kale puts it all into perspective though, saying:

“that’s equivalent to the entire industry’s prize pools, across every esport in 2017”

It’s huge and it really puts the whole thing into perspective. But it raises some questions, what’s happening with the money, where is it going, is Fortnite an esport, how is it an esport, what even is esports?

Let’s address the last question first, and talk about what an esport really is. According to Nielsen, and the widely accepted definition of esports is very broadly, “competitive video gaming”. Again, what does this mean? You can’t have a $100 million Bejewelled tournament (although we know from Kale they had a million dollar one) and expect it to be an esport. Looking again to the physical world for clarification here – you know I like to draw comparisons.

There’s a difference between exercise and sport, and a difference in sport and Olympic sport. Therefore, there’s also a difference between video games, and esports. Sitting around your own bedroom playing Skyrim isn’t esports. There is however a grey line when we talk about some things. The Legend of Zelda Breath of the Wild isn’t an esport, but if it’s a speed run, then yes it’s competitive. So is that an esport? I’d say not.

Esports really comes down to what Kale discussed in the episode and this is what I want to focus on… it’s structure! Structure defines a sport and gives it a set of rules in which to play or compete for prize money, for status, and for fame. Sports give people (players, managers, teams, organisers) the opportunity to show off their skills and talents. In turn, this brings in an audience to see them perform, and this audience brings money – advertising, sponsorship, sales etc. It’s all these things combined that make sport legitimate.

Over to esports, it’s the same thing. Esports; organised, structured video game tournaments, giving players, teams, organisers, the opportunity to show off their skills and talents. Therefore, if Fortnite can provide these things, and draw an audience to watch competitive game-play, then yes, it can be an esport. But how is it going to provide those things?

Something we mentioned on the show is “how are they going to make it a spectator sport?” You can’t simply follow Ninja around the whole time as Max stated. Broadcasting, in-game cameras, and showing the audience what they need to see is something even the most prominent esports haven’t got exactly right. There’s a lot to be done to increase spectatorship and viewer experiences across the board in the industry.

Fortnite is in a good position on this front. They have $100 million which they haven’t said where this is going. They will be able to use some of these resources to test, refine, and develop a really good way for organising and showing Fortnite as a competitive game. If they can nail down the tournament structure and provide an exciting, compelling spectator event, then Fortnite is well on it’s way to establishing itself in the esports landscape.

As we’ve said many times before, if you don’t have an audience, then you don’t have a have anything. Your audience gives you not just revenue, but legitimacy, and Fortnite already has a big HUGE following so they are in front there.

That’s the short sweet version for the moment. Based on these things, what’s your thoughts? Will Fortnite be an esport, or not? Let me know, and vote now on Twitter! 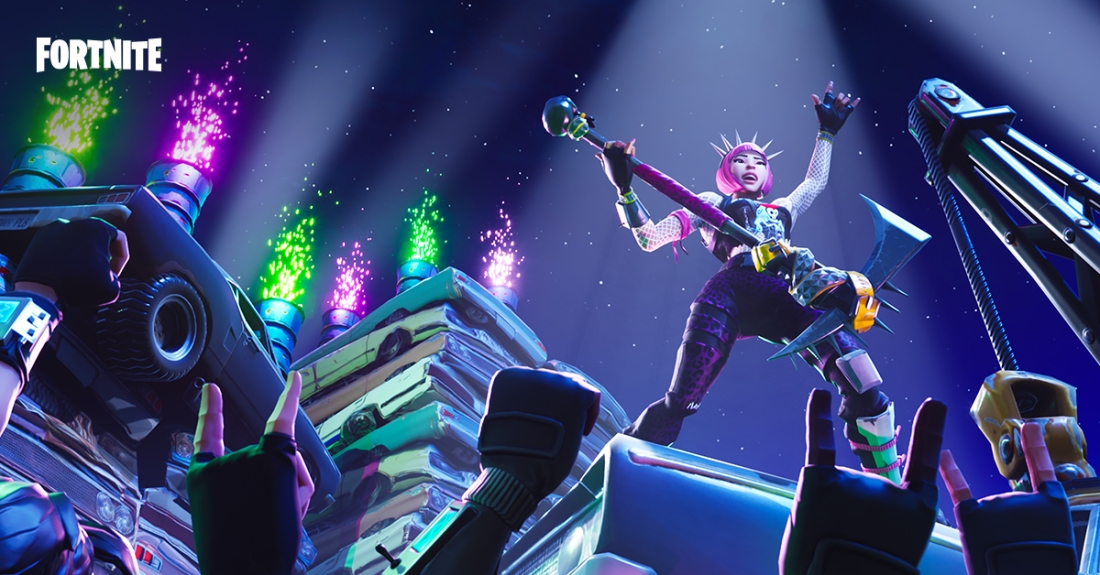 View all posts by MishManners

Check out the latest Tweets